A read-aloud of this story https://anchor.fm/ann-frailey/episodes/Translator-esf841 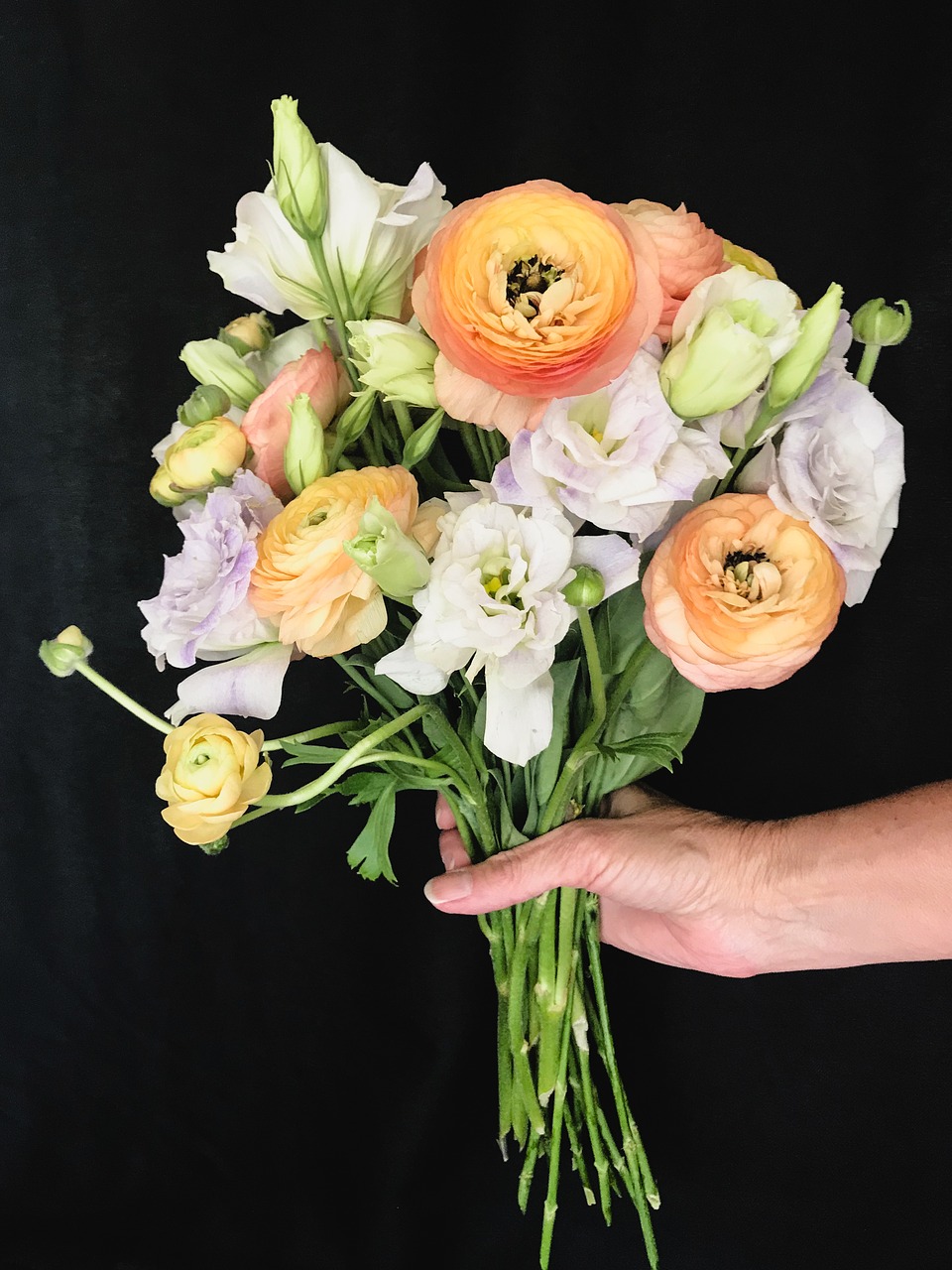 To be honest, I thought she was a bag-lady. The long, scraggly, gray hair, the oversized, shapeless sweater, the dark circles under her eyes, and the haunted expression all pointed to one, obvious conclusion—a conclusion I was in too big a hurry to even pity.

The boys were due home at any minute and the babysitter would expect me to have dinner ready. Julian hated to be late and since we missed our date-night the month before, I wasn’t about to let anything mess with this one. I felt a head cold coming on, the refrigerator had gone on the blink, and I was struggling to maintain a civil, if not cordial, relationship with my boss at work. It had been a tough week.

So when the disheveled woman appeared in line ahead of me, I wouldn’t have bothered with a second look—if it hadn’t been for the flowers. The incongruity of the scene struck me like a splash of cold water. I even dropped my fish fillets. There she stood, or stooped rather, hugging this glorious bouquet. A worn out bag-lady with spring flowers. Crazy, right?

I rescued my fish, hurriedly emptied my cart, and watched with unabashed fascination as this odd spectacle leaned forward and whispered in Spanish to the cashier.

I rolled my eyes. I had worked as a translator long enough to understand exactly what she said, but I didn’t really want to get mixed up in some crazy situation in the middle of a grocery store. I had more pressing matters to attend.

The cashier stared blankly and shook her head. “I don’t understand.” She looked beseechingly at the line forming and called to the other cashier. “You understand Spanish?”

The other cashier shrugged. It wasn’t his concern. Realizing that doing nothing meant this situation would take longer; I volunteered to assist. “She asked how much.” I pointed to the woman’s bundle. “For the flowers.”

This time, it was the cashier who rolled her eyes. “It’s on the tag.”

I translated and pointed to the aforementioned stub.

The woman’s hand shook as she considered the cost. I sighed. Lord, she probably doesn’t even have enough money. I had already opened my wallet, and though I had more than enough to buy my groceries and her flowers several times over, the principle of the situation rankled. What in God’s name had she been thinking when she picked up those stupid flowers?

Almost as if she had read my mind, she blinked and answered my question. With a shaking hand, she pulled a tiny purse out of her shapeless sweater, and hugging her flowers even tighter, she pulled folded bills into the light of day, explaining all the while in her husky, whisper voice.

My translation skills kicked in automatically.

My son…only nineteen…they brought his body home today. My husband is bringing his picture, and they have a flag—but—I wanted flowers….

I closed my eyes but I could not escape her meaning.

You understand? He was in the flower of his youth.

She smoothed the bills on the counter and nodded to the cashier who snatched them up and efficiently offered her change.

The cashier and I both watched the lady over the threshold, even as we went about the business of packing my groceries.

“Thanks for helping out.” The young woman peered at me. “What did she say?”

I opened my mouth, but I couldn’t explain. My translation would miss too much.

The cashier forced her curiosity aside as the next patron stepped up. “Never mind. Just glad it worked out. I thought for sure she didn’t have enough money.”

I edged away, my eyes scanning the parking lot for a husband with a photo in his hand.

The cashier called after me. “Guess it shows—you never know, eh?”

I hefted my bulging bag into my arms and nodded. “You’re right. We never know….

A. K. Frailey, author of 13 books, teacher of 35 years, and homeschooling mother of 8—making the most of life’s journey.

For other books, check out my Amazon Author Page