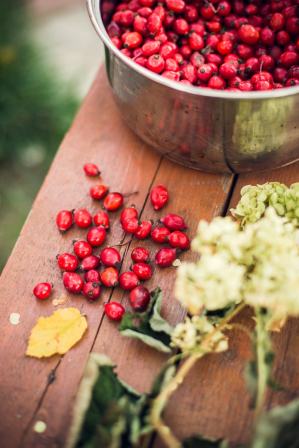 “Cranberries are the best food on the planet. And aliens are set to invade Earth any day now.”

I waited; my hands clasped around a bag of red berries in an attitude of perfect composure and watched my dearest husband add the final touches to his miniature boat. Well, it was Johnny’s boat. Or so the story goes… The perfect gift for an eleven-year-old boy who was all thumbs. A boat building kit. His dad couldn’t get the box open fast enough.

I cleared my throat. “Jack?”

His big brown eyes peered at me as innocently as I’m certain he felt. He had no idea he was ignoring me. Or that I had a rotten day. Or that Jonny couldn’t care less about boats. He was simply focused. On his work…or his hobby…whatever.

I wanted to whap him with my bag of berries. But he wouldn’t have understood that either. Time out.

“I need some sugar. Going to Beth’s place for a bit.”

That caught his attention. “Way over there? She’s not a grocery store. Besides, I’m getting hungry and—”

“The chicken is in the oven, and there are crackers and cheese on the table. Have a snack. I’ll just be a bit.” Feeling ever so justified in leaving him to his newest pet project, I sauntered out the door and roared off in my mini-van with music blaring right through town. The only reason I didn’t close my eyes to deep cleanse my psyche lay in the curvy road and the glory of swiftly passing spring fields.

Beth had amazing kids. One was a doctor, another an astrophysicist, and the middle kids were all-purpose miracle workers. The youngest two stayed at home and managed the farm while her husband recovered from a…broken arm…or was it a leg? Appendicitis? Something.

Anyway, no matter how bad my day might have been, just stepping into Beth’s house offered me perspective. Like a clown on an analyst’s couch, I knew she’d listen to my dire groans and sprinkle witty inspirations and clever parenting tips upon me no matter how ridiculous I looked.

When I swept into the kitchen, Beth’s red-rimmed eyes bespoke some kind of serious dark matter in the Kilroy universe. My heart skipped a beat. “Something wrong?”

Beth’s eyes widened. With horror or stupefaction, I couldn’t tell. She seemed so surprised. I was surprised. After all, I’d been barging into her house, getting free analyst sessions for years. We were close friends. Like sisters. No warning phone call. No knock on the door. No loud call from the foyer. Just—

Beth broke down, lumbered over to me, and started sobbing on my shoulder. The sky could’ve fallen, and I wouldn’t have noticed.

I half carried, half dragged her to the kitchen table and maneuvered her into a solid wood chair. Always loved those chairs. Practically indestructible. Sorry…I digress.

I put on a pot of water for the clearly needed cup of tea. “Herbal or something stronger?”

Beth looked up and waved a limp hand. “I don’t care. Whatever.”

Gee. That wasn’t like her at all. Bodysnatchers? My hands shook as I assembled the cups, brown sugar, and perched the English teabags in the cups just so. I leaned over and peered into my friend’s swollen eyes. And waited.

The jolt that ran through my system could have electrified a city. “What? That’s crazy. Terry loves you. You love Terry. You love your kids. Your kids love you…” I sat back, my gaze stuck on her face.

“He’s not the man I married. After his heart attack, That was it! he says he wants to retire and travel to exotic places, have some fun…live before he dies.” She dropped her head onto her hands and sighed. “What have we been doing all these years? Play acting?”

The irony of our role reversal was not lost on me. Being the one expected to offer helpful advice pricked my conscience like angry hornets. After all, my oldest kid was only a teen, and I had three compared to her six. And Beth had been married nearly thirty years while Jack and I had a mere fifteen anniversaries tucked under our marriage belt.

I slumped down on the chair and tried to gird my loins. Ridiculous phrase but being biblical, it seemed to fit. I certainly needed supernatural assistance. Any time, Lord.

“I can’t believe that Terry told you that he wants a divorce. It’s just not like—”

“Oh, not in so many words. Of course not! He just scattered pamphlets, brochures, travel books all over the place and started listening to Spanish radio. He went shopping and bought casual shirts and jeans for crying out loud! Jack never wears jeans. He’s an office man who can’t leave the office—even when he comes home.”

I blinked. Suddenly I saw the universe from an entirely new angle. “Uh, Beth darling, do you think that perhaps you are misreading Jack? I mean, perhaps he is kinda tired of being the office guy and wants to have a little fun. Doesn’t mean he wants a divorce. Why would he scatter the travel paraphernalia under your eyes if he wanted to leave you behind?”

“Have you ever mentioned an interest in traveling?”

“I’ve been too busy raising kids for thirty years. And doing a darn good job of it I might add. Who’s got time for frivolity?”

My throat had gone as dry as Mars. The singing kettle saved me. As I poured the steaming water into our mugs, Beth skedaddled to the counter, snatched a handful of pamphlets and slapped them on the table.

I stirred sugar into my tea with one hand and browsed through the offending material with the other. Hmm… Yep. Terry wanted a little fun. Looked like a lot of fun. I tried not to turn green with envy.

I took a long sip and sat down. Then I reached over and patted my friend’s hand and said the only thing that might save her universe. “Go have fun, Beth.”

I stirred two scoops of sugar into her cup and nudged it closer. “If it makes you feel any better, you can learn Spanish before you go.” I leveled my gaze at her. “But go.”

I didn’t turn on the music on the drive home. I need to think and pay more attention to my pounding heart than a pounding pop song. By the time I stepped into the kitchen, my brain was clear enough to take in the wonderful aroma of cooked cranberries.

Jack stood at the head of a table, which apparently had been set by visiting gremlins since the knives and forks were scattered at awkward angles and the plates and glasses marched up wobbly lines on either side of the table. But a roast chicken and mashed potatoes did sit comfortably in the middle of the table near the glorious bowl of cooked berries.

I glanced at my husband. My throat had returned to Mars. And after three cups of tea, too. “Uh, Jack?”

Jack smiled at me through such proud eyes I thought my heart might burst right through my chest. “The kids and I fixed dinner. Course, you had the chicken in the oven already. But we did the rest.”

Standing around the table, the kids looked like miniature versions of their dad. It took me a moment, but I did eke out a coherent, “Thank you, guys!”

Jack peered at me, his smile fading. “You okay?”

And at that moment I knew with unerring certainty what I needed to do to make my universe perfect. “Yep. Everything is great. But I do have one request.”

Jack and the kids looked at me. God only knows what they were thinking.

“Show me your boat after dinner, okay?”

Jack’s smile returned, and I could finally face the cranberries.