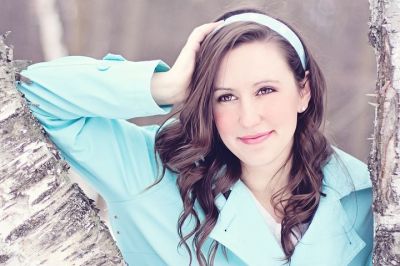 “I have seen alternate realities…” Megan believed it, too. As sure as shoot’in, she’d spout off the latest and greatest in how life could’ve been…fantasies…every one.

I wanted to shoot something myself. But it would have landed me in a reality I didn’t want. A small, windowless, jail cell reality. So I did the next best thing. I started humming a bizarre childhood tune. Couldn‘t for the life of me remember the words.

We both loved novels and sweet treats, so a Saturday browsing books shops and getting ice cream on the village square seemed like a prelude of heaven. If only…

The sky blazed in mid-summer blueness, the sun-scorched my already-tanned-to-a-crisp skin, and the humidity index was near a thousand, but Megan breezed along the quaint street, stopping only long enough to pat a Rottweiler tied to a fire hydrant on its ferocious head. How on earth she managed to get away with such antics, I’ll never know. When I sidled past a canine, even with my best smile plastered on, the quadruped sized me up as lunchmeat, and inevitably, the damn thing lunged.

I skirted the beast, returned to my humming, and tried valiantly to steer Megan’s brain away from fantasy towards something more profitable. “So, how are the kids?”

Megan pulled the shop door open, her delicate muscles bulging attractively with the effort. Somehow, she managed to stay slim yet develop an awesome physique. With me it was a straight forward choice: stay thin and weak or eat like a horse, pump iron, run marathons, and watch my body morph into a hulk-like structure, which caused my husband no end of unease.

I slipped past her fully aware that my plastered smile was still frozen in place. I mentally thwacked myself over the head. What was wrong with me? Jealous? Never. No.

Megan rushed to the last open booth and waved her hand to the empty seat, offering me the honor of sitting with her. Her smile, so sweet and sincere, Anne of Green Gables could’ve taken a lesson or two.

I mentally thwacked myself again. And then slid into place with the odd sound of hot, sticky legs skidding over hard plastic. I rubbed my forehead and wondered if an alternate reality might be a good idea at this point.

She browsed the menu for a nanosecond, tossed it aside, clasped her hands on the table and leaned in, staring deep into my eyes. “The kids are great. I’m doing wonderful. Jim is the light of my life. But you, Honey? How are you doing?”

What was this? I was the one who stuck to my daily duty, lived hardcore realism to the max, allowed myself only enough fiction to put me into a good night’s sleep, and nailed my friend’s feet to the ground every chance I got with apt advice. And she’s asking how I’m doing with a hint of concern in her eyes? Harrumph!

The fact that my parents, in a fit of complete idiocy and flower-power egoism, named me after a viscous food substance produced by bees fed my belief that life started out unfair and never got much better. I was named Honey at my birth, but I spent my life living it down. Becoming hard as a rock. Strong as iron. Solid as… You get the idea.

The waitress sashayed over, took our orders, and clumped away. Apparently one didn’t need to look as good going as coming.

I returned Megan’s stare. “I’m doing brilliantly. Exhausted but such is life. Carl is good. Usually. The kids all have jobs now. I hardly see them.” I twiddled my thumbs. Hmmm. This wasn’t sounding as wonderful as I intended, even to my ears.

Megan reached out and stilled my busy fingers. “You’re not happy. It’s clear as rainwater.”

I played with that image. Rainwater? Like in a creek?

Megan continued as if I wasn’t straying from the field. “You need help.”

Whoa! “Me? Help? Like a doctor? A therapy group?” My voice had risen to a squeak.

The waitress practically skipped over with our ice cream Sundays. Her eyes sparkled with the delight of a hound on a new scent. Gossip never failed to attract.

With the cool hand of a surgeon, Megan accepted her dessert, inserted the spoon just so, and took a modest bite.

I plunged my spoon to its depth and nearly cracked the glass dish.

After an appreciative, “Hmm, that’s so good,” Megan resumed her dissection of my imperfect life. “Actually, I was thinking that you might do well with a friendly counselor or a spiritual director. You know they have people available through the diocese.”

The idea that I’d rather skydive into Mount Doom sizzled across my brain. I slurped my chocolate chip ice cream savoring not a bite. It took every effort to swallow the gooey delight. Finally, out of sheer desperation, I sucked up a deep breath, dropped my spoon, squared my shoulders, and faced the boogeyman in the closet. “Why? What’s wrong with me?”

Pity and honesty poured from Megan’s eyes. Okay, not literally. But you know what I’m saying. Megan exhaled sorrow. “You’re so angry. All the time. Everyone knows how I like to fantasize about other worlds, make up scenarios, joke around with the kids and stuff. Well, it’s my break from reality. All the stuff that gets me down. Life is hard. So much duty that’s not fun…every day. Even the news depresses me. But I toss the bad over my shoulder every now and again and enjoy a change of scenery—even if it’s only in my imagination. Maybe it’s cheating, but it keeps me happy.”

I sat back and clasped my hands over my aching belly. “Your point?”

“You need to remember why you are a wife, a mother… a friend. You need to get away, take a break, and find your joy. Talk to someone who isn’t a part of it all.”

“You think I’m crazy? Or too weak to manage my life without running to a hippy-land like my parents?” I shoved the empty dish across the table; only somewhat glad it didn’t fall over the edge.

Megan rested her spoon inside her dish and nudged it to the side. “Listen, Honey, I love you for not saying the cruel things that run through your mind. Your eye-rolling, grimaces, and sarcastic tone speak more than your words. You are so fed up with life; I’m surprised you haven’t…”

Tears flooded my eyes. Honesty pervaded my being. The boogeyman stomped up, grabbed me by my shirtfront, and demanded that I listen.

“Your parents were messed up. But they weren’t all wrong. They wanted to be happy. That part was right. They just didn’t know how to balance their needs with others’ needs. That doesn’t mean you have to be the sacrificial goat here—”

Despite the ice cream, my insides boiled in fury. There was so much that I wanted to say, but my mind blanked. Which, in the end, was a very good thing. Once said, it’s impossible to put words back in the unsaid bottle. All I remember was sliding out of the seat, turning without a word, and walking out the door. I didn’t even offer to pay the tip.

It was months before Megan and I met up again. At the grocery store. Both our carts full to bursting. She flipped a stray lock of hair from her eyes and sighed as she nodded at my cart. “You’ve been busy.”

There was so much I needed to tell her, to explain, the stuff that I had unbottled and set free. But it was late afternoon, and I knew her husband and kids were waiting, as were mine. I just patted her shoulder and smiled. A real smile this time. I was so glad to see her. “We should get some ice cream this weekend.”

Megan met my gaze, her face a frozen mask. “It’s the middle of January.”

“Yeah. That’s when it tastes the best.”

A grin hovered on Megan’s lips. “In an alternate universe maybe.”