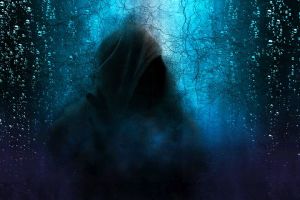 So Small on the Inside

The Newearth Museum of Human History was still under construction and probably always would be. It was five stories high and delved three stories into the ground, making a total of eight floors. Since it was built directly over the site of an Oldearth museum and had transported a significant number of artifacts from other ancient sites around the planet, it was the greatest collection of Oldearth history anywhere in the universe.

“Hey, Justine! Here you are. I was looking all over.” Derik trotted to her side and stared up at the beautiful figures of ancient animals. “Yeah, my Dad liked these too. He said that the cave dwellers weren’t nearly so primitive as we like to think. They just had underdeveloped superiority—something like that.” He nudged Justine in the ribs with a grin.

Justine grinned back automatically and linked arms with her date. They strolled through the cave into further timelines denoting major ages of human development. “I like it here. It reminds me of something I can’t quite remember.”

Moving toward a life-size diorama of a medieval castle with a moat, drawbridge, keep, and battlements, Derik grinned. “Now this is where I’d like to live. Right here.” He pointed to the center of the castle where a cutout portion exposed the main hall replete with roasting venison and long, trestle tables lined with warriors enjoying a feast. The lord of the manor wore a circlet of gold and a warm smile as he lifted a goblet in a feudal salute.

Justine’s fixed smile faded as she tilted her head, first one way, then another, considering the diorama. “I don’t see any of the women smiling. Why?”

Strolling forward, Justine stopped at the thick doors of an ancient abbey. A life-sized chapel stood to the side. Justine circled around and entered the small church arranged with wooden benches, kneelers, a confessional, and an altar at the front. Flames on wax candles wavered in the breeze she carried into the still space. A veiled figure rose, bowed toward the altar, turned, and passed them with a gentle smile and a nod.

Derik stepped aside as she passed, tucking his hands under his armpits. “It’s cold in here.”

Justine padded to the altar, caressed the cream-colored stone, and paused, her gaze fixed on the crucifix hanging above the door. “This place is alive.”

Justine gazed around the room, inhaling a deep breath. Crossing in front of a diminutive statue, she caressed the metallic face of a young woman holding a sword. Justine swallowed, blinking back a sudden, unfathomable emotion. She strolled toward the stained-glass windows, lifting her hand as if to trace the detailed pattern of colored glass. “I could live here.” Traipsing over to a side panel tucked in a recess, she tapped the “Explore” button.

A black-robed figure, who appeared to have stepped out of an Oldearth monastery, began to speak. “Welcome to St. Joan of Arc’s Chapel, originally situated in the village of Chasse in the Rhone Valley, France…”

Justine stared at his foot, pressed the end button, and stopped the exploration. “Another time, then.”

Derik hugged her arm and led her toward new adventures. “There’s so much to see here. We’ll have to come again. But I really want to show you my favorite place—the dinosaur exhibit. You like dinosaurs?” Without waiting for an answer Derik pulled Justine tighter and leaned in close. “I don’t care what I see, as long as I’m with you. It’s so wonderful to—”

Justine kissed Derik, causing more than a few pairs of eyes to turn in their direction. Releasing him with a playful shove, she turned and started down the exhibit hall, pointing to a sign: “Dinosaurs: Their Rise and Demise.” She grinned.

Dressed in a form-fitting sweater, long pants, and stylish boots, Justine traipsed up the dirt path to Cerulean’s cabin. Near the top, she stopped and gazed over the great, bluish-green lake. Foaming whitecaps furiously slammed against the ice-encased coast. The green, pine-forested vista fell away behind her. She sighed, her white breath blown into the breeze, and marched the final steps to Cerulean’s cabin. A quick tread behind made her stop. She cocked her head and peered around with a furrowed brow.

From the distance, Clare called. “Hey, Cerulean, wait up a sec—”

Justine stood her ground, her bare fists on her hips.

Well bundled in a white, fluffy winter coat, thick pants, and a red tasseled hat, Clare rushed forward with her head down, fighting the cold wind. She pummeled into the silent figure like a ball bouncing off a wall. Her head jerked up, her wide eyes, startled. “Oh, you. I thought Cerulean—”

Justine’s eyes narrowed. “Seems we’re both looking for him.”

Clare stepped back on the path, wiping her pink, frozen nose with the back of her gloved hand. “Yeah, well. I need to talk to him about something important.”

Clare rolled her eyes. “What could be so important to a robot?”

Justine stomped a large, menacing step forward. “I’m getting tired of your attitude. I’ve known Cerulean far longer than you.”

Clutching the ends of her coat sleeves, Clare sneered. “What? Since your prison days?” She practically danced like a squirrel taunting a wolf. “Please tell me that you’re reformed and hope to start a new life—” She underestimated Justine’s reach.

Grabbing Clare by her jacket-front, Justine pulled her close, glaring directly into her eyes. “I could crush you.”

Pretending that she was not trembling, Clare clipped her words. “How. Like. A. Robot.”

Justine dropped Clare, brushed passed, and strode a few steps down the path.

Clare called. “I know you’re a hired gun and that you have a connection with Governor Jane Right. I also suspect that you tried to kill my partner, Bala, when he got too close to the truth.” Clare crossed her padded arms high over her chest, her tone just as high and mighty. “You wouldn’t mind replacing all of humanity with machines, would you?”

Justine spun around and spat out her words. “Your jealousy blinds you. I thought humans knew how to separate fact from fiction, but apparently, that is another art you have yet to master.”

A flame rose in Clare’s cheeks. She stomped up the porch steps and then turned and peered disdainfully down at Justine. “Jealousy? I have nothing to be jealous—”

Justine jabbed a finger in the air. “You have feelings for Derik and Cerulean, but you can’t have either. Derik is more man than you can handle. Cerulean merely pities you.”

Justine waved her off as she turned. “Don’t be so easily insulted. It’s not your fault that you’re born weak. The fact that you even try to protect humanity is rather remarkable, pathetic but—”

“When I get enough evidence to tie you to that nefarious Cresta or Governor Right, I’m going to shut you down—or recycle your machinery—whatever they do with useless robots!”

Justine shook her head as she snapped branches out of her way. “Go ahead and try. But you’ll have to get in line.” Justine disappeared out of sight.

Clare stood on the porch, staring after her, blinking back tears of rage.

Governor Right tapped her fingers together pyramid style. The shadow towered above her, but she held her pose unperturbed. She had dealt with this kind before. They always make themselves appear big because they’re so small on the inside. “So you need my help, is that it?”

The ultra-luxurious office signaled her importance to the beings of Newearth. A vast majority of citizens had voted her into office, though she owned a great number of the voting machines, while the humans who managed them owed her. Sitting at her artistically fashioned desk with an inlaid marble top and hardwood legs carved into snakes and other beasts of the jungle, she waited patiently. She had all the time in the world. Well, until her next appointment. A quick glance at her desktop datapad informed her that she had room for negotiating.

The shadowed figure pronounced each word distinctly. “Like you, I wish to rewrite history. But unlike you, my history will reveal the truth.”

The governor tapped her fingers, bored. “I suppose you believe that. It always helps to believe our own lies.” The disembodied chuckle surprised Governor Right. She didn’t know any other thugs with a sense of humor.

“I don’t need to lie. Besides, I have friends, very powerful friends who agree that my service is invaluable.”

“Oh, we’re all invaluable, certainly. And what, pray tell, is my invaluable service going to include?”

The shadow glided to a dim corner as if to distance itself from the message it had to convey. “Certain associates have been experimenting with a new drug, which could assist several races in their district; their biology is similar to humans. Naturally, they want to test their product first, without repercussions.”

“Naturally.” The governor knew it was stupid to ask, but her curiosity was piqued, and she never liked nebulous details. “So why don’t you just pay for volunteers?”

“That would cost a great deal and take time. Besides, humans become unreasonable if something goes wrong. They tend to ban all further testing if too many subjects die.”

The governor waved her hand eloquently. “Your associates, on the other hand—”

The visitor’s dead tone snapped. “Could spend the entire human race and not blink an eye.”

Governor Right stiffened. “Well, let’s hope it doesn’t come to that.” She tapped her ample bosom. “I have some sensibilities, don’t you know.”

The shadow loomed closer. “You’ll be well paid. And there is the matter of history…”

Rising, the governor shifted her large body and passed the mysterious figure. “You care about human history?”

“I find it fascinating, as do many on the Inter-Alien Committee. They have a fondness for accurate records.”

Governor Right grinned as she poured herself an amber drink, never even considering a polite offer to her guest. “Ah, yes, a fondness. I have a fondness for units, don’t you know?”

The figure floated near. “Would an extra million make you happy?”

“Delighted, would be more accurate.” The governor saluted her guest with the drink-holding hand.

The figure retreated to the door, but Governor Right waggled a bejeweled finger in the air. “Just a thought, before you go to wherever it is shadows descend—Bala.”

“You know who I am talking about.”

“Please, don’t tell me that his innocent heart touches your spirit or some such drivel. After all, I don’t believe you have a heart, and I doubt anything could quench your spirit.”

Governor Right staggered. Her amber drink spilled across the smooth, tiled floor, the glass rolled out of sight. She grabbed the corner of her desk and leaned heavily against it. For several moments, she breathed, in, out, trying to steady herself, shaking off a blackout. With stiff-willed control, she raised her head and stared at the shadowed figure. “You shouldn’t have been able—I don’t believe in devils.” Reassembling her shattered dignity, the governor squared her shoulders. “You can go. I have no other questions.”

The shadow quivered. “And Bala?”

“I would like to leave him intact. I enjoy studying him, but I had to teach him manners.”

A feeble nod assented. “If anyone could.”

The shadow loomed closer. “Married men with children are easy to tame.”

Governor Right chose another glass from her cabinet.

The shadow rose, darkening the glorious office into the premature night. “Women who want to live are equally easy to tame.”

“You should be. There is a reason I never bothered to study you.”

A new chapter every Tuesday and Thursday.

Last of Her Kind & Newearth Justine Awakens Book Trailer I