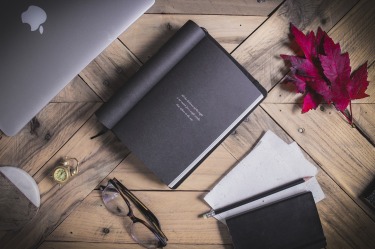 Lawry considered the long, red scratch on his face. “It’ll leave a scar—that’s for certain. Just the luck! Spiteful bush! Clip a few branches and wham—raked across the face. Well, I was never handsome to begin with….”

Lawry dabbed the dried blood with a wet tissue and stumped past his unmade bed to his littered desk. A cup with dried fruit juice, a scattering of cereal flakes, and bread crumbs testified to where he ate a majority of his meals. Tottering piles of books crowded around his computer. He fell into his chair with a sigh.

His mom had knitted him a blue hat with his name in scripted, bold, red letters across the top L-A-W-R-Y three Christmases ago, but never having the courage to actually wear it, he had placed it jauntily on his stuffed monkey who adorned the top of his computer like a good-hearted, though rather mischievous looking, angel.

Maximus Monkey, Ruler-Of-All-He-Surveyed, was the main character in a series of comics that Lawry had been working on for years. A moldy orange rind had somehow landed on Max’s shoulder. Lawry winced, and pinching the offending bio-matter in two fingers, he pitched it into an over-filled trash can. He tucked Max’s arm against the wall for better support. Though the little monkey still leaned, at least he wasn’t in imminent danger of careening to the floor. Lawry peered under his desk, his eyes widened. “Oh, wow! I really need to do something about this mess.” He looked for a broom, but as none was in sight, he returned to his computer screen and hit the power button.

He checked his mail. Nothing but spam. No agents or publishers begging rights to any of his stories. He checked the news. “Yep—the world’s going to hell in a hand basket—as usual.”

He opened his recent story page and stared at the blinking cursor. What could he write about that he hadn’t already written? What story was left to tell that hadn’t been told a million times over in cyberspace—a universe filled with unread, unloved stories?

A light knock drew a grunt from Lawry’s middle.

A young boy, Jimmy, stuck his head through the opening. “Mom said thanks for cutting the hedge, and she’s making—hey, you get cut?”

Lawry rolled his eyes. Jimmy had an exasperating habit of stating the obvious as if it was headline news.

Jimmy took those three words as an invitation and crept into his brother’s inner sanctum—holy ground—albeit a messy holy ground. A badminton racket dangled from Jimmy’s hand.

Lawry shifted his gaze away. He wasn’t an outdoorsman as today’s battle with the hedge surely proved. He sighed, his shoulders slumping even further. He leaned in towards the computer screen, tapping keys aimlessly. Just look busy.

“What’re you working on?”

“How about Maximus? He doing anything?”

Lawry’s gaze shot to the skinny eight-year-old. How did the little twerp manage to stay so skinny? He ate at least as much as any ravenous jungle animal Lawry had ever read about, but he stayed stick-thin. Metabolism. Lawry shifted his heavy frame in the chair. Damn metabolism.

“Can you read me something?”

Red, hot blushing fury filled Lawry. It was ridiculously unfair. Here he’d written his heart out for three long years, read every book there was about the art and craft of writing comics, joined clubs, took online classes, worked at a stupid, menial job on the side just to pay his fair share while he still lived at home—yet nothing. Not one,

We would love to represent you—”

Not even “—like to represent you—” heck even a “—we’d consider representing you—” would be a joy. But no, week after week, he received: “Your work does not fit our needs at this time.”

Lawry glanced at Jimmy’s hope-filled eyes. He was a lonely little kid. Doesn’t seem to make many friends at school. Just hangs out with his stuffed animals, mostly.

Lawry’s hands dropped to his lap. “Well, I don’t have anything new—not really—”

“That’s okay. I like all your stuff. How about ‘Maximus Meets a Moon Alien?’”

“I read that a hundred times. It’s—well—not one of Max’s favorites.”

Jimmy slid to the edge of Lawry’s bed and leaned against it. A stuffed rabbit peeked out from his pant’s pocket.

Lawry tapped his fingers on his desk and stared straight ahead, unblinking. He cleared his throat. “Maximus doesn’t have any favorites. Not anymore. Max is thinking about moving away. Maybe getting a real job—in the real world.”

Jimmy’s eyes widened, fear rippling across his face. “But Max can’t go! He can’t leave here. At least not till he saves his Monkey clan—like he’s always planning….”

Lawry felt the lump in his throat rise before he realized that his eyes stung. “Maximus can’t save anyone, Jimmy. He’s really a rather unimportant little monkey. He’s decided to settle down and stop all this adventure nonsense. Can’t be a silly monkey forever, you know. Gotta grow up sometime.”

Jimmy brushed back tears with the back of his hand, pretending he wasn’t.

Lawry glanced out of the corner of his eye. He reached up, lifted Maximus off the computer, stared into Maximus’ ready-for-anything eyes, and passed him over to his little brother. “You take him. Maybe with you, he can have some fun. He’s tired of being stuck in down here every day. Go play badminton with him—or something.”

Lawry huffed a long drawn out sigh. “Oh, what the heck. We’ll play together. Max can watch.”

Two weeks later, Lawry sat at his computer desk. His face was almost healed, though he had been right, there was a scar. His desk was clean, the floor was swept, and his bed was neatly made. He placed one last sheet of neatly printed paper onto a stack and clipped it into a large, red binder entitled in bold blue letters:

THE ADVENTURES OF MAXIMUS MONKEY

For Jimmy Lawrence On His Ninth Birthday

Lawry snatched car keys off his dresser and hustled outside with the binder snuggled under his arm. Jimmy was swinging Maximus from a long “jungle rope” in the backyard. Lawry smiled as Jimmy trotted over.

Jimmy pointed to Max. “He hasn’t given up his adventures—see? He’s back in the jungle and leading all the other monkeys to safety.”

Lawry grinned. He could almost see the entire herd as they swung from branch to branch under the green canopy. He patted Jimmy’s shoulder. “Listen, I gotta go to work now, and I probably won’t be back until late—but I wanted to give you this. It isn’t much, I know, but you always liked my stories. I figure they’re best in your hands.

Jimmy hugged the binder—his eyes wide. “Wow! You sure? I mean—I can’t believe it. Now I can read ‘em whenever I want. I can read them to Max!” Jimmy scurried back to the tree, untied Max’s dangling arm, and showed the little monkey the cover of the binder. Max’s face glowed.

Fifty-six years passed, and Lawry sat in a wheelchair near a bright window. His mind wandered endlessly after a severe stroke and the ravages of diabetes took his body places he never intended to go. Speaking was a challenge now, but he could hear as well as ever. His ears were cocked for the light tread of his brother returning home in the evenings. The shadows are growing long. Soon, he’ll come. He’ll sit with me awhile—he always does. Green day—almost feel—

The door opened and Jimmy stepped in, heavier, stooped a bit, and gray hair crowned his head. “Hey, Lawry. The grandkids were going through the attic over the weekend and guess what they found?”

A bald-spotted, dustier version of his former self, but still staring out of those read-for-anything eyes, Maximus Monkey landed in Lawry’s lap. Lawry blinked. His hand, as well as his voice, shook as he lifted the adventuresome critter. “I—almost—remember—”

Jimmy chuckled as he scraped a chair near, into the dwindling sunlight. “Don’t worry. I remember every word.” Jimmy leaned in, patted Lawrey on the knee, and grinned. “Once upon a time, there was a monkey named Maximus, and he had grand plans—”