Put Your Mind in a Better Place

Teal watched Arc’s holographic message twice and sighed. He passed his hand over the holopad; the wavering image disappeared.

Her touch soft, Sienna placed her hand on his arm, slipping around from behind. “What’s wrong?”

The thrill of her unexpected touch dissipated too quickly for Teal’s comfort. He glanced from the low couch to the shelf packed with OldEarth crafts—a decorated pot from Aram’s clan, a woven blanket from Ishtar’s clan, even one of Neb’s forgotten obsidian knives. He shrugged and turned away. “Arc’s worried. So, he’s got Zuri worried. And before you know it, I’ll be worried.”

Sliding around her husband’s waist, Sienna snuggled under his arm. A smile played on her lips. “Cerulean has been begging to go. Maybe…”

“I should have followed up before this. It’s just—”

Sienna nodded. “It was a big event. Everyone talked about it, but then, things died down. We’ll probably never know.”

Teal padded to the window and peered across the Luxonian skyline, the suns setting and moons rising. “Things are happening, changing. I don’t think humanity will ever be the same.”

“Can they handle the responsibility?”

A snort sounding rude to his own ears, Teal shrugged. “Of course, they can’t. No one can. It’s impossible. The very notion. God-man? We don’t even dare define—”

Teal rubbed his forehead. “I can’t even begin to go there. It has to be a misunderstanding. Wishful thinking.”

“And if it’s not? If it is real…” She joined him at the window, sharing the view.

Heat working through his body, Teal swallowed. “Define real.” A soft sound caught his ear. He glanced over his shoulder.

Cerulean, youthful, eager, and ready for anything stood in the open doorway. “Ark sent a message. He has something for me.”

Teal closed his eyes. Oh, God. He opened his eyes and met his son’s innocent gaze. “I’m sure he has.” He peered at his wife. They both knew. No one would be the same.

After being shut down for seventy years, Justine Santana awakens on Newearth with a chance to start over. The alien who rescued her has only one request—kill the man she loves. Her freedom hangs in the balance.

Justine—a woman or a weapon?

Last of Her Kind & Newearth Justine Awakens Book Trailer I

Taug, an alien from Crestar, must eliminate his father’s mistake—a Human-Cresta crossbreed named Derik. When Taug awakens Justine and charges her with the assignment to kill Derik, he never suspects that she might discover the meaning of love—and her intrinsic humanity.

“The Newearth world is wonderfully descriptive and the story is compelling.” ~Ellen

“Science fiction at its best! Creative, thought-provoking, and visual.” ~Lindens

“…delightfully, yet seriously, points to the great value in simply being human.” ~Kaye

Justine sat alone in a Bothmal holding cell, lit only by a dim, red light. Her chains had not been removed, but they did not hinder her as she dabbed paint, faster than the eye could follow, on a bare, white board.

With a hissing squeak a small, thickly barred window opened in the fat cell door.

“You.” Her hand continued to flicker over the white board. She remained focused on her work.

“Yes, me.” The Luxonian tilted his head, peering down through the bars. “You draw?” He nodded at the rapidly filling canvas.

“Paint.” She tilted her head, lips pursed. “It helps pass the time. A cheap means to keep the prisoner quiet. You have the advantage. You know my name, but I don’t know yours.”

“I may be an unrepentant murderer, but I still appreciate those who aid me.” Her brush paused mid-stroke. “Your speech out there is the only reason they’re having any discussion about my fate at all.” Her brush continued to dance across the board.

“I read the full reports.”

“I was probably the only one to do so.”

Justine’s sigh was barely audible. “This trial was pure politics.”

Cerulean wrapped his fingers around the bars, tilting his head to view as much of Justine’s face as possible. “Your objective was to disable the troop carrier?”

Cerulean’s voice rose slightly. “I’ve seen the carrier’s blueprints. Deck forty-two A and rooms thirty-two C and B were nowhere near the command room. I saw where you breached the ship. You doubled back and deliberately searched those rooms. Why?”

Last of Her Kind Amazon Link

As a prelude to the Newearth series, Last of Her Kind sets the stage for an inter-alien alliance, which must learn to value human beings as more than throwaway tools. Cerulean’s admiration for Anne evolves into an extraterrestrial high road—offering the universe true humanity.

“It is very well written, with amazing characters, a stunning plot, and a pace that really fits the story.” ~McEvoy

“Emotionally captivating writing reminds the reader what it means to be human.” ~Nick Lauer

“People I can relate to and actually care about have become few and far between. These characters were so real. I love that.” ~Sandra

As Anne perched on the edge of the nearest chair, she noticed Jackie’s face twitch in expectation. Anne pictured lions at feeding time.

Caroline interceded. “You do look well—considering.” She paused before adding, “Philip tells me that you’ve quit your job. Do you think that’s wise? Teaching positions are hard to come by, so many teachers and all.”

Anne clasped her hands about her round tummy and shrugged. “It wasn’t really my choice. My principal thought that I’d do better to stay home for the duration. He’s like a grandfather; he worries a lot.” She braved a smile through an awkward silence.

Jackie sat on the arm of the sofa by her mother. “So, you’ll start up again in the fall then?”

Anne sighed. “I’m not really sure. I took a leave of absence, and at first, I assumed I would go back, next year, maybe. But lately, I’ve been thinking about staying at home and never going back. It might be kind of fun, you know, being a homemaker. Philip makes enough, so there’s no worry there.”

Jackie’s face pinched in disapproval and wagged her finger. “You’ll be bored within a month, I guarantee it. You’re used to doing what you like, when you like, and babies are no joke, let me tell you. My friend, Karen, had two and lived to rue it. They slept in her bed, interrupted her every move, and got sick every time she turned around. It was a full-time nightmare.” She stretched her skinny, jean-clad legs. “Besides, you’ll only have one and when it goes to school you’ll have nothing to do. You don’t want to lose your position, Anne. Think about your future. I agree with Mom, you should keep your foot in the door, at least.”

Masking her feelings behind the barest “hmmm” possible, Anne found relief in tapping her fingers together. She barely acknowledged Philip when he and Susie reentered the room with a tray.

Philip glanced at Anne and then carried the tray over to a side table. He took a steaming cup of tea and offered it to his mother and then looked toward Jackie. “You want one?”

Jackie cleared her throat and waved him off. “Not a tea person. Thanks.”

Susie picked up the other cup. “Here’s your coffee, Dad. Philip likes the good stuff too, so don’t worry.” She handed her father the hot mug. James grinned as he accepted it. “Oh, good. I didn’t want to ask. I was afraid you drank that swill people call instant.” He took a sip and sighed his satisfaction. “Yes, this will do. Thank you, my dear.” Philip darted another glance at Anne. “Well, if you’ll excuse us, we should see about dinner. Anne’s got everything just about ready; we just need to check the oven.” Seeing Anne labor to get up off the chair, Philip stepped over and lent her a hand. He leaned in. “You alright?

They’ll love what you’ve cooked up.”

Anne nearly snorted at the irony of her being the evening’s main course. “I’m fine. It’ll just take me a minute.” She pressed his arm as she stood. “You stay with your family, they’ve come all this way to see you.”

Philip swallowed, watching her waddle out of the room. He sighed.

Susie moved in and put her arm around his shoulder. “Don’t worry, little brother. She’ll be all right. Anne’s tough. No matter what people say, she hasn’t done anything wrong. It’s not like getting pregnant is a crime or anything.”

Philip stared at his sister and shrugged her arm away, “What does that mean? Course it’s not a crime. Who said it was?”

Jackie sprang off the couch arm. “Well, there are those who wonder how you two managed it when no one else can.”

The ancient story behind the Newearth Universe…

The universe discovers a devoted heart. 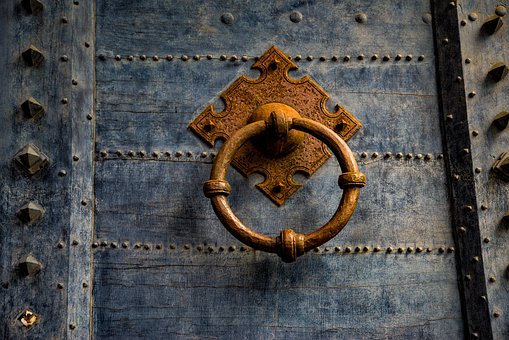 Noman didn’t think much of sea voyages. Nor for long tramps through woodlands, down slippery hillsides, or across verdant valleys. Plagued beyond description by biting insects, sharp stones, blinding sunlight, chilling breezes, and questionable water sources his frustration levels soared. There was no reason he should have to endure such trials. One day of outdoor travel among earthly elements would’ve been enough to convince Abbas that humanity lay on the lowest rung of development, beasts, really. How else could they stand it?

Still, the upcoming battle should be diverting. The irony of Alexios and Georgios, father and son, facing off on a strange island as enemies sent thrills down his spine. Naturally, their evil inclinations would rise, showing their true— Noman stopped short, his fur-lined boots, squelched in the mud.

Georgios stood on board a ship just offshore, his hair flying in the breeze, his cheeks ruddy, and his eyes bright.

But that’s not what caught Noman’s attention. Along the shore, a small group huddled under the shelter of a rocky embankment. He squinted. Unless his eyes deceived him, two were Luxonians, one was clearly Crestonian, and—Noman slapped his face—an Ingot made the fourth member. What on Earth? 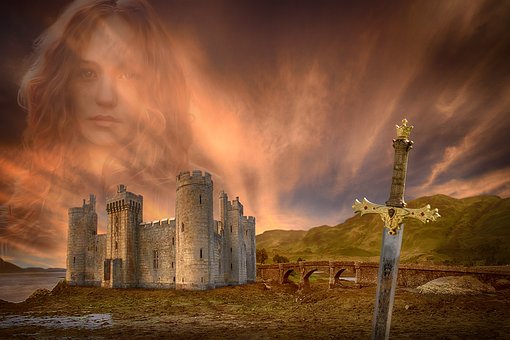