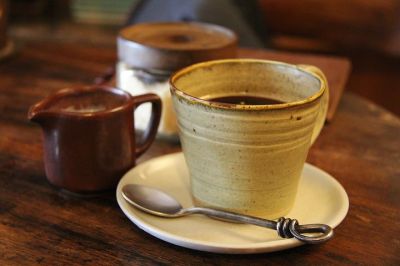 I have met a few people in my life whose wisdom, though quiet and unpretending, has had a great influence on me. Most often I do not know much of their history, but I always wonder—what made them so wise? When I’ve looked into it, I have come across a commonality: they all had to endure some seriously trying times. Often they had to face their own limitations, tremendous frustrations, even battles against temptation and evil.

One of the dearest and most decent of men I ever met was a Chinese professor who was living at our house while he was studying at the university. My mother rented rooms to foreign students—which was something of an education for me. This gentleman was so soft-spoken that when he did speak everyone listened for he had a way of saying things which were incredibly beautiful—rather like poetry—very sincere and heartfelt. He noticed things and he appreciated every detail of life.

I saw him as a strong and capable person, so I was not overly concerned when I knew it was time for him to return to China. But one afternoon, as we were enjoying a cup of tea at the kitchen table, he looked at me intently and told me that I needed to listen to him for a few minutes; he then proceeded to tell me about his life. He had been a successful professor, but one day he gave a talk which praised democracy and shortly after that he was a taken from his home, away from his wife and child and parents, and he was made to work on a farm of some kind. It had been years since he had seen his family.

But with changing times, the government had decided to educate its people again, and he was called out from his servitude and sent to a university in America so that he could be a professor again, teaching what they wanted him to teach. I asked him why he didn’t just stay in the U.S., but he said that he wanted to see his family again. He could not run away. It was better to be brave and face what he must face in China.

I asked him why he told me all this when there was nothing I could do to help; I was just a teenager at the time, and he said that he just wanted someone to know. And I have known and remembered his story all my life. I have prayed for him and his family. There are many people who have endured so much suffering, so much trial, so much grief, and yet they can still see goodness; they still believe in being brave, they can still experience lives of poetry….and mean it.

Sometimes the greatest voices in the world are the quiet ones, the ones who have seen much, have experienced incredible things, though they will not say much about themselves. Yet on a blessed day, we might have a conversation over a cup of tea and our lives will be enriched and renewed forever.