Barren branches against a pregnant sky,

Warm the burrows of those below.

Chilled bones hinder the will,

Yet glories roam the landscape still.

Ponder beauty from above,

Unwelcoming winter may be,

Bringing joy, our eyes to see.

Awakens our souls to hope unseen. 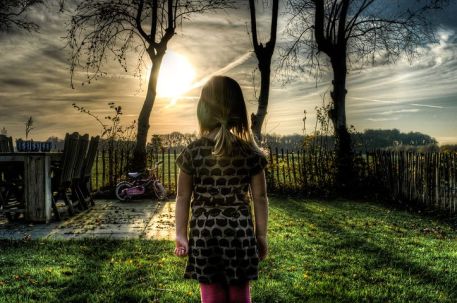 Loren crouched low as she snuck up behind the enemy, one finger poised over the trigger. She knew all too well the price she’d pay if she missed.

The enemy swarmed off to the right—they’d be beautiful if they weren’t so dang dangerous. She had children to protect. Creeping ahead, she spied their base of operations.

Exhilaration pumped adrenaline into Loren’s bloodstream. She rose to her feet, both hands braced over the canister, aimed, and fired. Direct hit!

The swarm didn’t know what happened. They dropped onto the porch floor and buzzed furiously until Loren swept them into the front garden bed with her foot. She exhaled a long, cleansing breath. Thank—

“Mom! You know it’s wrong to kill bugs. They’re a part of nature, and we’re supposed to respect them!”

Kara, a self-appointed bug expert, propped her hands on her hips like a furious schoolteacher. She had watched numerous YouTube videos and read articles on-line about native, Illinois insects. In her spare time, she copied photos and made collages, which she hung up around the house underlined with dire warnings about the loss of native species.

Loren chewed her lip and rubbed her jaw as if it had been struck. “Listen, young lady, I got stung this morning, and your baby brother got stung yesterday. Insects may have some rights, but I’m the protector of this family and—”

Kara rolled her eyes and wandered away.

Loren clutched the spray canister so tightly that she accidentally sprayed the floor. Marching into the kitchen, she placed the bug spray on a high shelf and then turned to the sound of the dryer buzzing. She glanced at the stovetop clock, dashed downstairs, piled the warm laundry into a plastic tub, tossed the wet laundry into the dryer, shoved the last load of dirty clothes into the wash, set the timers and scurried back upstairs.

Baby Addison screamed as he climbed the last rail of his crib. Teetering on the edge, he nearly overbalanced before Loren dashed into the blue room and scooped him into her arms. “Whoa, Baby Boy, what do you think you’re doing? Besides giving me a heart attack….”

After a quick lunch of grilled cheese sandwiches, homemade pickles, sliced peaches, and milk, Loren placed Addison in the middle of the room with enough toys to keep a thirteenth-century emperor ecstatically happy and turned her attention to her computer. Onto the next battle—family finances. Well, somebody’s got to balance the books.

Two hours and momentous account juggling later, Loren looked up as Kara sauntered in with a neighbor boy. They both had their iPhones so close to their faces that Loren wondered how they had ever managed to walk into the room without bumping into a wall.

Kara peered over the rim of her screen. “Marvin is staying for dinner. His dad and mom had a big fight and started throwing things.”

Loren froze, though her eyes wandered over Marvin’s bulky frame and unkempt hair. “You want to talk about it, Marvin?”

Marvin shrugged, his eyes still glued to the screen in front of his face. “They hate each other. What’s to talk about?”

Loren’s head dropped to her chest. She felt tears well up, but she brushed them aside as her gaze swept the room. Uh, oh…where’s Addison?

Her heart pounding, she stepped passed Marvin, giving his shoulder a little squeeze as she went by. “I’m making fried chicken. You can stay as long as you need.”

When she entered the bathroom, she knew what she would find, though she clenched her hands in prayer. Please, God, let me get it cleaned up before James gets home.

It wasn’t as bad as she feared, though the wallpaper would never be the same. Thank heaven for disinfectants!

A car rolled over the gravel in the driveway, and Loren bustled with Addison into the blue room. She changed his stinky clothes at the speed of light, rushed into the kitchen, pulled the thawed chicken pieces out of the refrigerator, sprinkled spicy breading over them, poured oil in the pan, and popped muffins onto a tray. When James entered, she put Addison on the floor so he could toddle right into his daddy’s arms, a sacred tradition that James loved.

By the time James had changed and come back downstairs in comfortable jeans and a t-shirt, the table was set, the chicken was frying, a large tossed salad graced the center of the table, and a pyramid of muffins sat ensconced next to a jar of strawberry jam, front and center of James’ place.

At dinner, Addison gummed his crackers and chicken pieces with childish abandon while Marvin chomped on his chicken legs in morose silence. Kara nibbled carrot sticks and muffins slathered in jam, distaining, once again, the flesh of sacred animals. She wrinkled her nose at Addison until her dad told her to stop.

James pushed back from the table and patted his lean belly. “That was fantastic, sweetheart, thanks. His eyes followed Loren as she began to clear the dishes. “Oh, and thanks for mowing the front lawn. I wanted to get to it, but with all the extra work—”

Loren shrugged. “It’s fine. I’ll try to get to the back tomorrow, but I’ll have to squeeze it in before I take Addy in for his check-up.”

James swirled his water glass. “Oh, and could you invite Carl’s new wife—” he snapped his fingers together with a puzzled frown.

“Yeah, right, I can never remember. Anyway, invite her to your next Lady’s Tea. I take it that the other wives have shunned her for a—shall we say—checkered past. If you act nice, they might follow.”

Loren filled the sink with soapy water and nodded. “Called into diplomatic service once again, eh? You know that’s what I first wanted—”

Addison’s wail cut short the conversation as James lifted the baby from his high chair and offered to walk Marvin back home.

Later that night as Loren brushed her teeth, she could hear sniffles from Kara’s bedroom. She tiptoed into the dark interior, trying not to bang into the desk or the multitudinous science experiments, which Kara laid like traps for her unwary parents. Shuffling forward in low gear, she found Kara’s bed and inched her hand up to Kara’s shoulder. “What’s wrong, honey?” She perched on the edge knowing full well that she was sitting on at least three stuffed animals.

Kara wiped her eyes with the back of her hand and sniffed. “Jean texted me that I’m nothing but an amateur, and I’ll never amount to anything.”

Loren frowned. She didn’t know Jean, as she didn’t know most of the kids that Kara interacted with over her iPod. “Well, darling, you may be an amateur now, but if you study and keep working hard, you may become a professional someday. It all depends on much you—”

Kara waved her hands in contemptuous disdain. “Oh, you don’t understand. You’ll never understand. I want to be great at something. I don’t want to just make a living…or be like you.”

Loren took the body blow with only a slight grimace. She swept a lock of Kara’s hair out of her face and took a deep breath. “You know, I like to think I’m doing something great—here—at home. It may not seem like much but—”

Kara shook her head. “You’re just a mom, there’s nothing great about it. Millions of women have done it—forever. I want something more, something grand and—”

Loren let her head drop as she listened to her daughter’s dreams and aspirations. They all sounded wonderful and noble, something that might make headlines one day. There was so much she wanted to say, to share about her own life and her experiences, which had lead her to the edge of her daughter’s bed, but Kara wouldn’t understand, not now. Maybe someday. When Kara talked herself sleepy, Loren squeezed her hand and tiptoed back into her bedroom and finished brushing her teeth.